Eugene Richards, award winning documentary photographer, has many projects which makes the viewer really think about what he’s framed.

Ihave not experienced any drug abuse personally and only understand so much from television and the likes of Nan Goldin and Larry Clarke. There is this sense of a cocaine lifestyle and a cocaine community in these sets; although there is underlying sorrow for the addiction. However, Richards bends the frame to take the eye from the party to the reality. In Cocaine Blue Cocaine True Richards documents how cocaine abuse has a more threatening affect on society. He portrays the party, the gangs, the loneliness, the desperation and death. Wayne Ford of the photobook club made an archive of the discussion around this book. Richards made himself part of the community so that he could have the intimate access before distancing himself with the lens. He regards his photography in such a way that he wants the viewer to think for themselves, highlighting how the camera acts as a question-master. The pictures in the book are accompanied by Richards’s thoughts and observations as well as interviews. This really gives the viewer more context so that they understand the problem better. 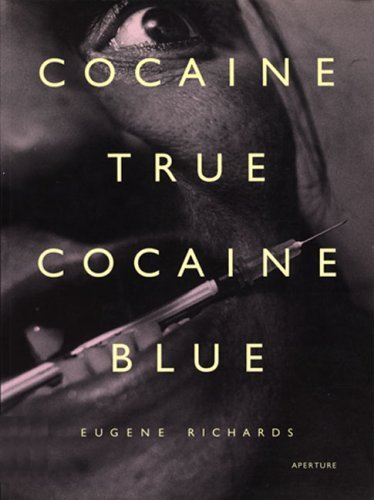 I get the impression that Richards wants change. And that he is not there to take dramatic images and leave. His attention to detail and knowledge narrows the gap between tragedy and the viewer.

This pattern is conveyed in “A Procession of them”, a collection of photographs of ‘abandoned’ outcasts in ‘prisons’ across South America. His access and documentation allows is horrifying. I find it difficult to look at these images to witness such shocking ‘care’ (with want for a better word). Richards shines light on these forgotten outcasts in dark cells. He portrays their mistreatment and restriction to human rights: privacy, clothing, healthcare. The places which ‘look after’ these people are said to be worse than America’s most brutal prisons.

Richards tells us the journey and not just the grand finale (if there ever is one). This gives the viewer more context to solidify their opinion.

Conversely, Richards photographed abandoned houses. Touching, beautiful and peaceful images of houses, once homes. He captures the belongings, choosing carefully what to show. The artefacts are universal; we can choose what story goes behind the images because they link to the viewer and not to the person who abandoned the houses. The viewer has no indication of the residents and it is not necessary. Richards makes us look at ourselves and our own stories in such a simple, yet compelling way. I would like to spend much more time with this work. I think it has much more to offer with more time and reflection.