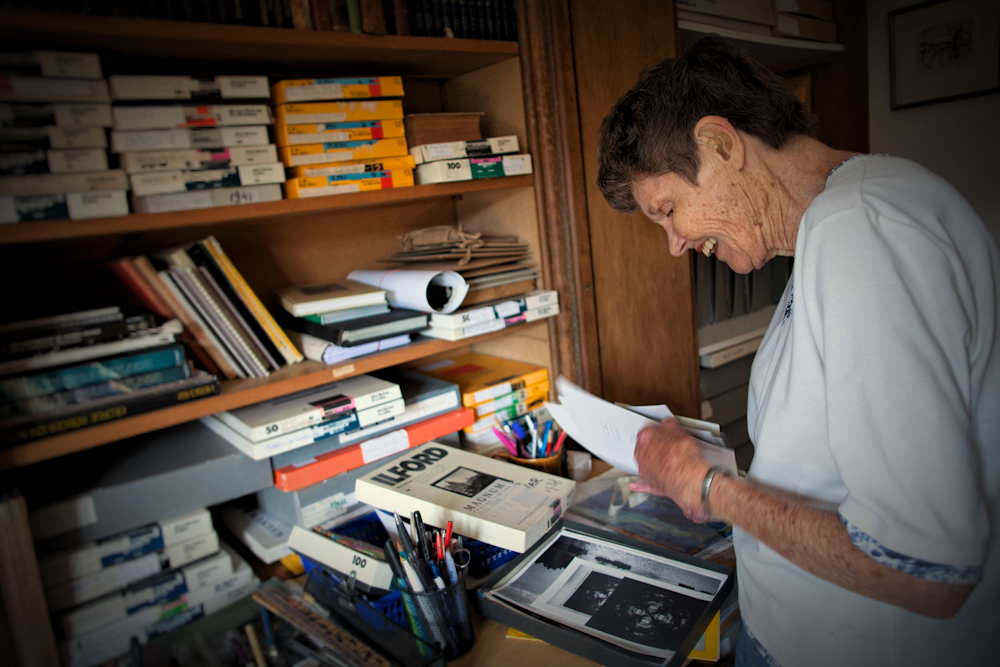 The George Rodger Archive was founded by George and his wife Jinx Rodger once they finally made base in South England in the late 1950s. George Rodger was one of the founding members of Magnum Photos Inc which was established in 1947. George photographed in more than 60 countries during the Second World War, which makes him undeniably one of the most well travelled photojournalists of his time. After his harrowing experience at the Bergen-Belson concentration camp in 1945 where he admitted he was making 'nice compositions' of absolute terror, he decided that he wanted to focus his work on Africa's tribal cultures. George's iconic work of Africa is the skeleton and flesh of the archive, with boxes and drawers full of his prints and stories.

Almost twenty years since George's death, Jinx has continued to work in the archive keeping it organised and answering to queries from Magnum, the press and educators. I have been working with Jinx so that we can share the story of George, his work and their archive.

For more information about George Rodger and his photography please visit the George Rodger Website. Content of the images belongs to ©George Rodger Archive/Magnum Photos. Photography and videography of this project is my own.