At 88 years of age, Jinx Rodger still spends 6 hours everyday cataloguing her late husband’s archive – an archive which spans every photograph, artefact and correspondence, because, as Jinx admits “I just can’t throw anything away […] I looked up to him like a God” (Jinx, 2013). George Rodger is the Magnum Photos co-founder that photography forgot (*) and yet George photographed in 61 countries during the Second World War (Naggar, 2003), more than any other photographer (Jinx, 2013).

Jinx shared George’s passion for photography and saw her travel thousands of miles with him on assignments with Magnum. As their professional relationship turned to a personal one, marrying 1952 and suddenly expecting a child in 1959, Jinx and George decided to make a base in the South of England. While starting a family, they also established what is now known as the George Rodger Archive. Collecting photographs, contact sheets, captions and publications and then cataloguing them soon became Jinx’s profession.

I have been speaking with Carole Naggar and Aaron Guy about this project with the archive. Carole Naggar wrote the George Rodger biography, obtaining much of her research from the archive itself as well as conducting dozens of interviews. I am working with her to get a better understanding of how to create a narrative of the stories that are bound by the archive, and preparing it for public audiences. In addition, I am in an on-going conversation with Aaron Guy about working with archives and creating visual narratives from them. Aaron is working with the North England Mining Institute’s archive in Northumberland as part of his PhD research on digitising archives; but he creates narratives of the mining landscape by means of soundscapes and duo-screen videos. I have looked to Joel Kantor’s recent iBook of his correspondence with Robert Frank; this book has inspired me to turn to contemporary means to how viewers can experience an archive. 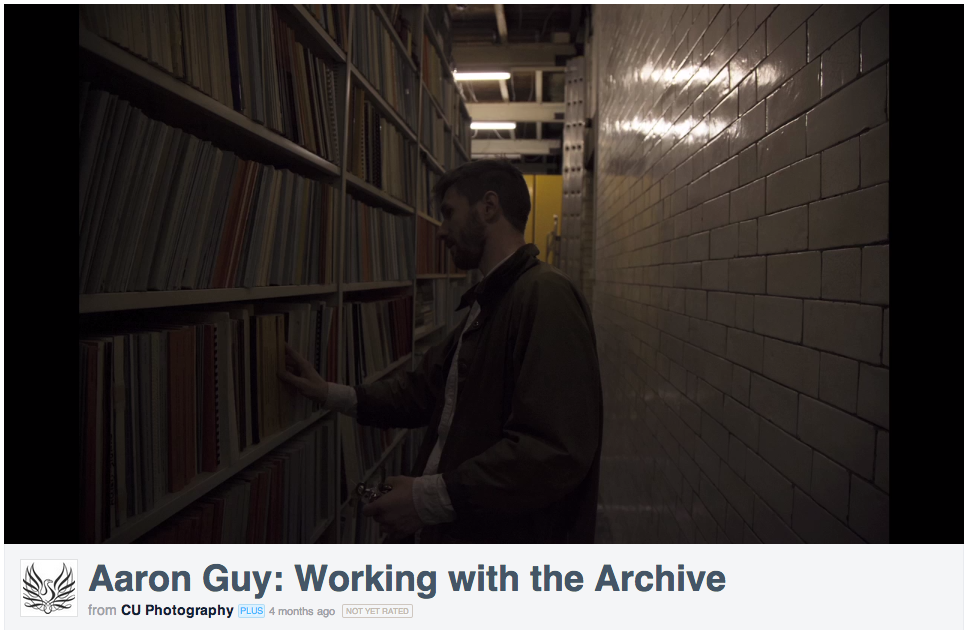 “[Jinx] think[s] George’s work is very important historically”(2014) and wants his photography to be seen. I will be bringing the story of the archive to life by means of portraits, still lives and audio interviews with Jinx. Yet, with much thought to the way in which archives are now sought to be distributed (since digitisation projects have reconditioned the purpose of an archive to openly share than just simply store information) I would like to have an edition of pocketsize books edited from the archive to be shared beyond the archive and exhibition spaces. Books encourage an individual physical experience, much like visiting the George Rodger Archive, which cannot be replicated online. This is the next step in my long-term project with Jinx and the archive. Next year marks 20 years since George’s death; 70 years since the end of WW2; and Jinx Rodger’s 90th birthday, and I would like to build an interest and demand for an exhibition of George’s work to commemorate all of these anniversaries.

References:
(*) “Initially when Jean Lacouture wrote his piece on the founders of Magnum, he wrote of Capa, Seymour and Cartier-Brosson, but not George- the book is In Our Time: The World as Seen by Magnum Photographers” (Fred Ritchin 2014)